Chris Beetles Gallery manages a number of the deceased estates of leading British and associated artists. It promotes their works through selling exhibitions and erudite publications. 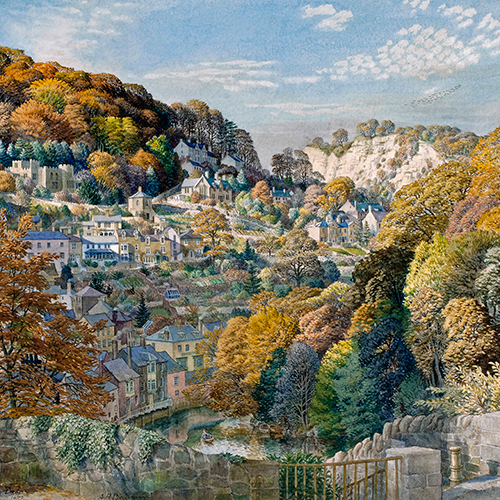 Ever since he published S R Badmin and the English Landscape in 1985, Chris Beetles has promoted the work of Stanley Roy Badmin RWS (1906-1989). He continues to manage the artist’s estate, which includes a large range of watercolours, illustrations and etchings that foster a quintessential vision of the English countryside and thus of England itself. 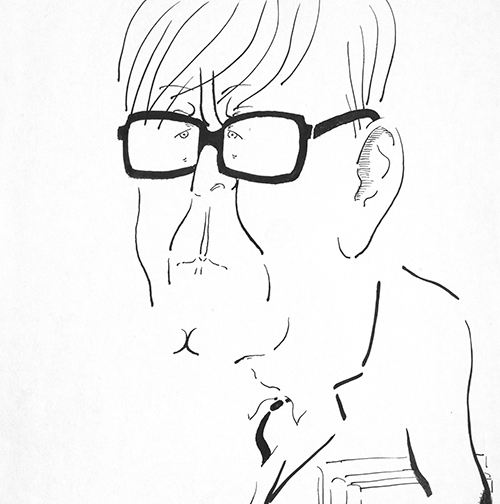 Since 2017, Chris Beetles Gallery has managed the estate of Mark Boxer (1931-1988). The available work shows him to be one of the greatest caricaturists and cartoonists of the twentieth century, satirising Britain’s social elite and capturing the lives of the upper-middle classes, in the tradition of Pont and Osbert Lancaster. 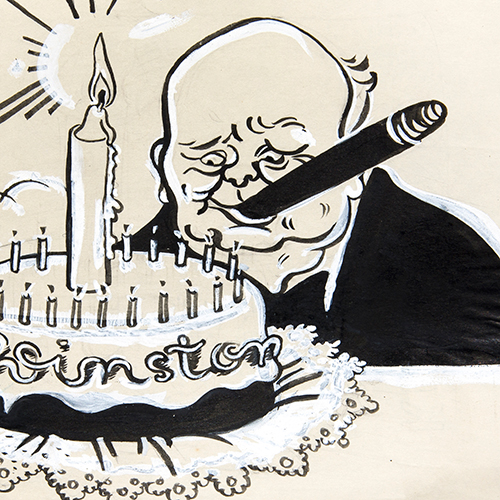 For over 15 years, Chris Beetles Gallery has managed the estate of Victoria Davidson (1915-1999). Though born in Germany, Davidson freelanced her way into the role of a British institution, producing humorous illustrations for Lilliput magazine and Picture Post for 20 years, from the 1930s to the 1950s. 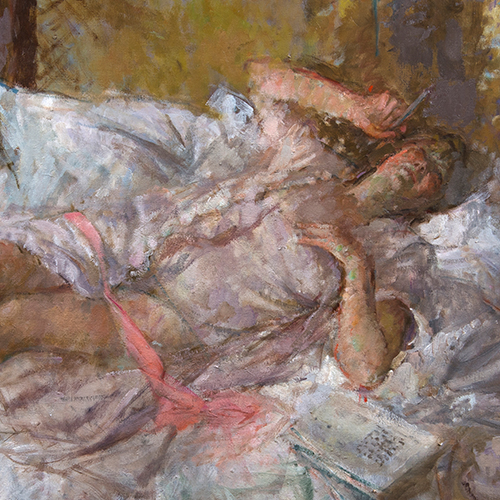 Chris Beetles Gallery has long been showing work by Bernard Dunstan RA PRWA NEAC HPS (1920-2017), and is now delighted to represent his estate. Brought up in the tradition of Degas, Sickert and Vuillard, Dunstan established himself with intimate figure subjects and landscapes in paint and pastel, and has become much loved among artists and collectors at the Royal Academy and the New English Art Club. 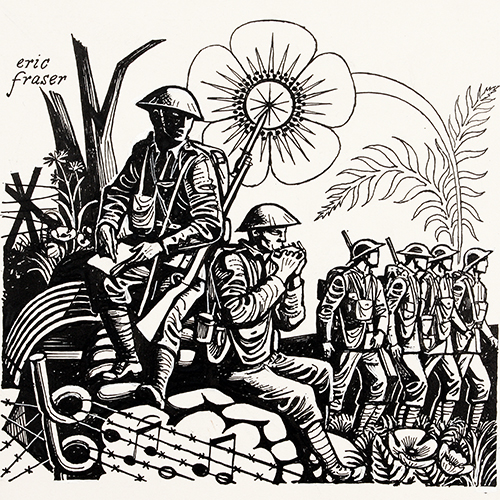 A long-time champion of the illustrations and designs of Eric Fraser (1902-1983), Chris Beetles Gallery curated a major selling exhibition of his work in 2013, accompanying it with a large fully illustrated catalogue. The gallery is now pleased to represent the estate of this highly distinctive artist, who defined the look of Radio Times and became the mainstay of J M Dent’s Everyman’s Library. 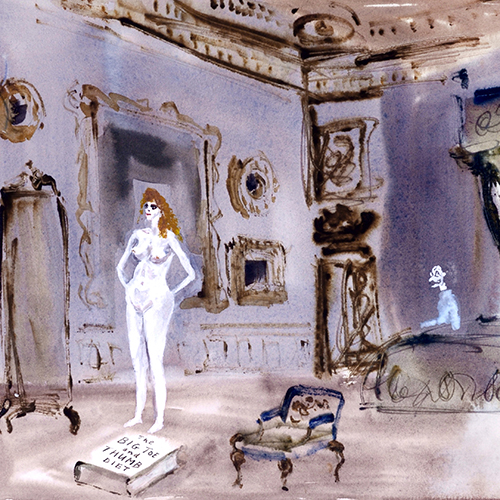 Since 2017, Chris Beetles has managed the estate of John Glashan (1927-1999). His fine art training at Glasgow School of Art is clear in the painterly quality of the range of unique cartoons held in stock. Vast baroque landscapes and interiors provide the settings for the surreal encounters of his spikily drawn figures, most notably for the long-running series, ‘Genius’, which appeared in the Observer. 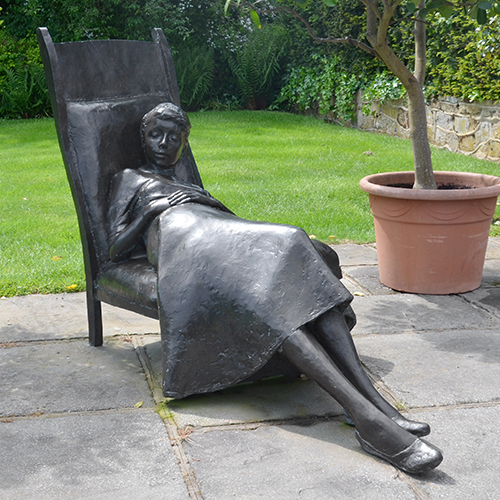 Since the late 1980s, Chris Beetles Gallery has represented the highly popular figurative sculptor, Sydney Harpley RA FRBS (1927-1992), who remains best known for his classical depiction of the female form in dance and in moments of relaxation. It has held a number of successful exhibitions of his work and is currently preparing a catalogue raisonné for publication in the near future. 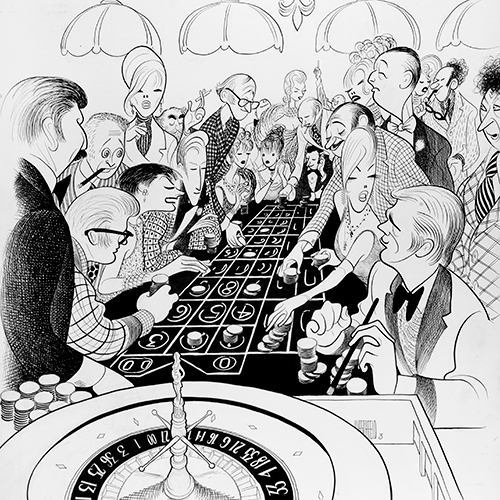 Chris Beetles Gallery represents the estate of the great American caricaturist, Al Hirschfeld (1903-2003), in the United Kingdom and Europe, in association with the Al Hirschfeld Foundation, USA. For nearly 80 years, he heralded the arrival of virtually every Broadway show with a caricature each Sunday in The New York Times, and also illustrated for the movie industry. 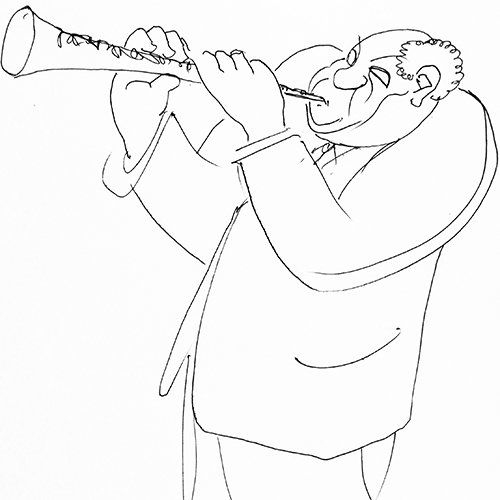 For over a decade, Chris Beetles Gallery has managed the estate of Edmond Kapp (1890-1978). The large stock of available works reflects his wide-ranging and distinctive abilities as a painter, draughtsman and printer, from ‘character-portraits’ to abstracts. 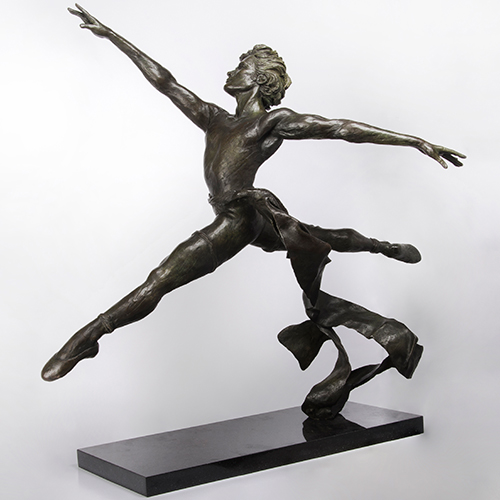 The estate of Italian sculptor, Enzo Plazzotta, is jointly owned by Chris Beetles and specialist sculpture dealer, Robert Bowman, of nearby Duke Street St James’s. They manage the historical stock, casting rights and copyright, and will mount thematic displays culminating in a major retrospective in 2020. 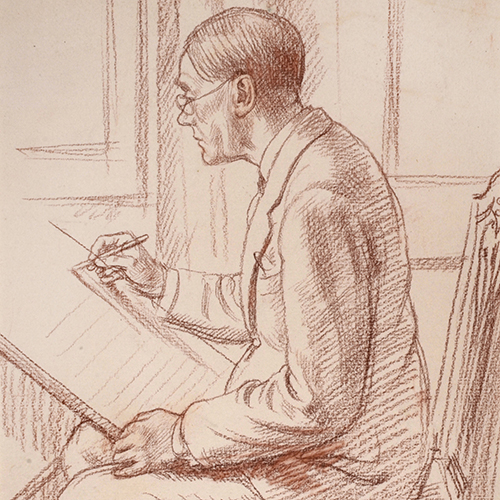 Over many years, Chris Beetles Gallery has done much to champion the work of Randolph Schwabe RWS LG NEAC (1885-1948), and is now pleased to manage his estate. An influential teacher at the Slade School of Fine Art, he produced architectural, landscape and figure drawings, etchings and lithographs of consistent clarity and strength. 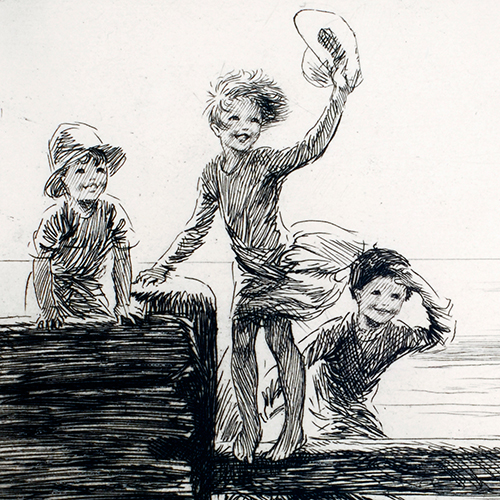 Managing the Soper Estate on behalf of the AGBI since 1990, Chris Beetles Gallery curated a major exhibition of the work of George Soper and his daughter Eileen, which was accompanied by a catalogue raisonné of their prints and etchings, as well as a comprehensive exhibition catalogue, with images of their paintings and illustrations. Further successful exhibitions have maintained the profile of these much-loved artists. George focussed on depicting the idyllic British pastoral landscape in transition between the two world wars. Eileen produced exquisite etchings of children, iconic illustrations for Enid Blyton, and sensitive drawings of native wildlife.